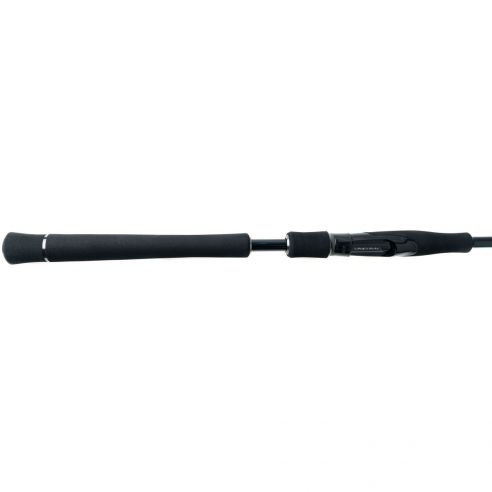 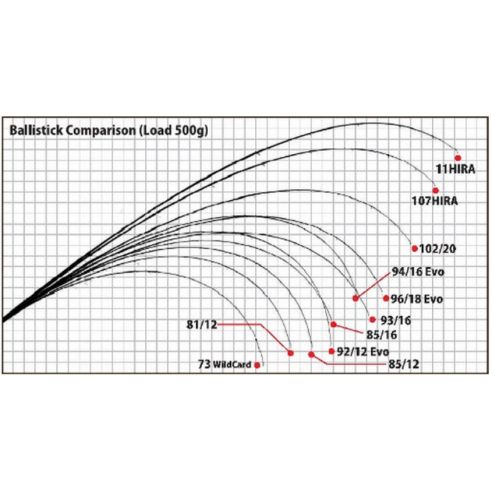 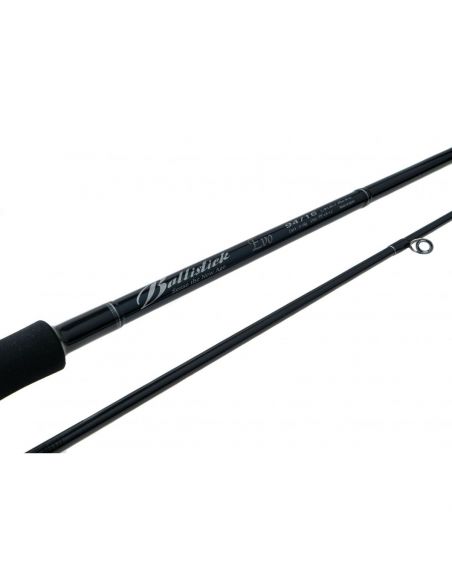 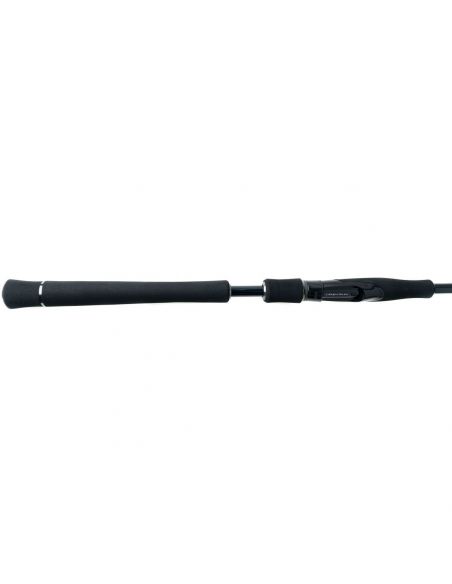 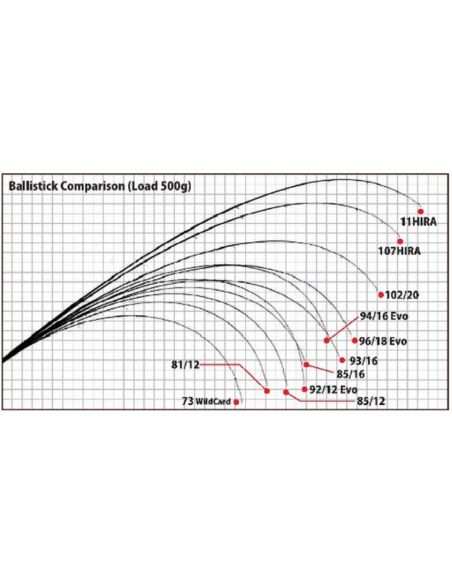 Over the past few years I steadily have come to the realisation that long spinning rods, especially those over 2.6 metres in length, are ideal for shore based estuary fishing. The main reasons for this are explained in: – https://activeanglingnz.com/2015/09/24/are-longer-rods-better-on-the-flats/

In New Zealand the issue, especially when fishing small hard bodied lures and soft plastics, has always been finding a long rod that is light enough to use for long periods of time, yet powerful enough to cast long distances and handle heavy fish. Fortunately this type of long spinning rod is common in Japan and the UK where have been developed specifically for shore based bass fishing. There is a wide variety of quality rods available and many have been reviewed by the highly respected UK angler Henry Gilbey on his blog:- http://www.henry-gilbey.com/fishing-tackle/

For estuary fishing I generally fish lures in the 5 – 11 gram range with Sunline 1.5 PE Super Braid 5. For soft plastics I employ a technique dubbed “wetlining”. (https://activeanglingnz.com/2015/07/25/wetlining-soft-plastics/). To do this successfully you need a long rod to reposition the braid as the lure travels downstream and ideally the rod should not weigh much more than a fly rod else it puts excessive strain on the forearms and shoulder. The ideal weight for the rod should be in the order of 150 grams.

In my quest to find a suitable rod for light lure work I stumbled on Henry Gilbey’s blog and one review in particular caught my eye, namely that on the Yamaga Blanks Ballistick Evo 94/16 (9’4″, 5-28 gram). He stated that “This thing is almost a joke how good it is – the Yamaga Blanks Ballistick Evo 94/16 lure rod is 9’4’’ long and rated to cast 5-28g, and in the hand it feels like one of those wands of a fishing rod that you dream about finding. Not remotely cheap or easy to get hold of, but this is one serious lure fishing rod. Very, very light. This 94/16 Evo to me is about as good as a lure fishing rod can get. For the life of me I can’t find anything lure fishing related that this rod doesn’t do really well – the sort of rod that I struggle to hand back to my mate I like it that much. A lure fishing rod that could only come from Japan, and I mean that as the highest praise. Awesome, just awesome”.

Shortly after I read the review I discovered that a local tackle store (Rod & Reel, Newmarket) had started to import Yamaga Blank rods and I was impressed enough by the build quality and action of the rods in store to get them to import a Ballistick Evo 94/16 specifically for me.  The full range of rods available is shown in the table below.

The Ballistick Evo 94/16 is a two piece rod joined by a spigot ferrule. It is rate for braid with a PE rating of 0.8 – 1.2 but handles the thinner Sunline Super5 1.5 PE braid that I use without issue. It is worth noting that I compensate for the heavier braid by backing off the maximum drag setting by 20%. It is mid range in terms of flex and action as can be seen from the table below.

The rod is made with high quality Fuji componentry. The guides are titanium frame SIC K guides (KL-H, KB and KT) and the reel seat fitting is a modified uplocking  VSS-KN16 model with a Duplon cover over the locking nut and is manufactured from a composite material. There is one large guide on the butt section and an astonishing 8 in the tip section to spread the load and smooth the curve when the rod is bent under proessure. The reel seat holds the reel firmly and does not loosen off during use.

The high modulus graphite blank is made by Toray and is polished and epoxied. It is not painted and the blank is flawless. The thread work is black with silver accents and the epoxy has been applied with meticulous precision. There is a understated Royal Blue painted section above the Duplon foregrip where the rod details are located. It is a true work of art and it is obvious that a lot of thought, time and skill has gone into making the rod.

I’ve used the rod now for nearly 12 months now, paired either with a Tica Talisman 2500 reel or a Daiwa Luvias 3000. It is matched very well to both reels even though the pivot point for each reel is slightly different and necessitates a slight change in grip.

How has it performed?

The casting distance achieved with lures of around 11 grams typically ranges between 70 – 80 metres, depending on whether the lure is being cast into or with the breeze. The effort required to generate casts of this distance is minimal. This is truly staggering and up to 5 metres better than I can get with my other 2.75 metre (9′) spinning rods. The rod is so light and responsive that mending line with it is like “scribing an arc with a feather”. It is an absolute joy to use, a seamless extension of your arm. Truly awesome.

Despite the Duplon handles, blank sensitivity is remarkably good especially when retrieving lures and I cannot find fault with it in that regard. Sensitivity when “wetlining” soft plastics is also very good.

Where the rod truly shows its class, and thoroughly justifies its NZ$ 800 price tag, is in its ability to fight fish. Earlier in the summer I landed a foul hooked stingray weighing around 50 kilograms on the rod after a 25 minute struggle. The stingray was hooked between the eyes in water less than 1.5 metres deep which meant that it was always within wing tip touching distance of the bottom. I’ve also had the misfortune to foul hook another stingray in the wing tip and remarkably was well on the way to landing that as well until the line broke. The rod has immense power reserves and has sufficient flex in the blank to absorb most of the punishment that comes its way. For example, there was so much strain on the blank and bottom guide when I was fighting the larger stingray that it actually cracked the epoxy coating on the bottom guide wrap slightly.  The rods fighting credentials are truly outstanding and I’ve never felt outgunned. I’ve actually nicknamed it the Yamaga “Ballsy Stick” on account of its fighting prowess.

Despite its impressive build quality and performance, there are a couple of things that could be improved. Firstly an expensive, highly functional rod like this should be supplied in a sturdy rod tube not just a cloth rod bag. It is essentially identical to an expensive fly rod and fly rods always come in rod tubes to protect the investment. Secondly there is no hook ring to attach lures to when in transit to a fishing spot which means that the lure inevitably ends up being attached to the frame of the bottom guide which is less than ideal. If the lure is attached closer to the reel then the hooks inevitably ends up damaging the Duplon which is disappointing.

Overall I would thoroughly recommend this rod to anyone looking for a long spinning rod for shore based saltwater fishing with light lures and would give it 9.5 out of 10 for performance. It is a truly phenomenal piece of kit and I rarely go fishing without it. 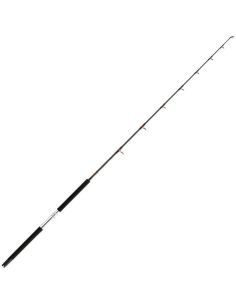 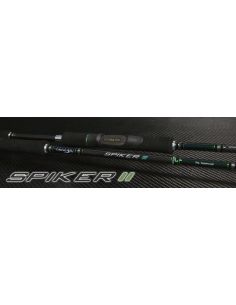 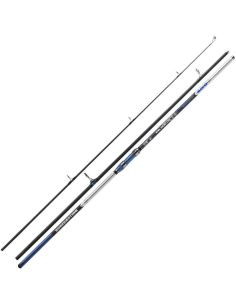 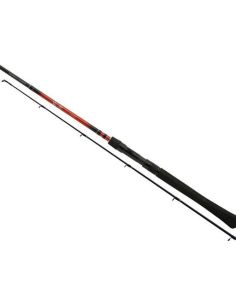 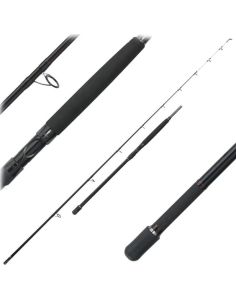 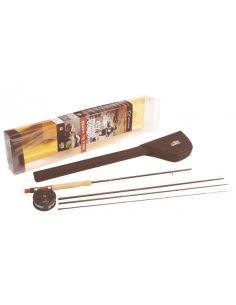 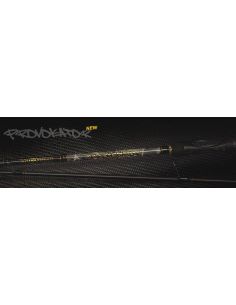 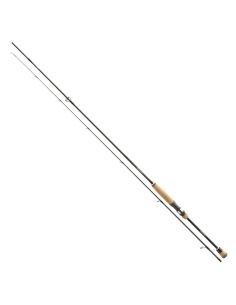